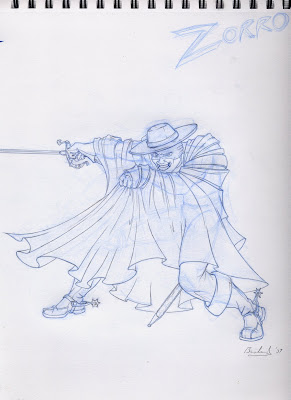 I love zorro, hes kickass. I never saw the second (but i assume its not that great) and i will never see the third (because its obviously bad), the Mask of Zorro however = classic.

in terms of the drawing, Ive been reading alot of spawn lately, and his cape is pretty sweet so i thought it would look good. but that adds a kind of evil/dark/rebelness to the character, which is fine by me, and i played that up even more by putting on the old 'joker' expression as well.

I think it turned out. in my opinion its one of my best characters to date so ill most likely be inspired to do a few more of this guy. btw, those with the wii, december 2007 (now) is the official release date for 'the destiny of zorro.' dunno if its actually hit shelves but when it does.....its zorro, buy it. 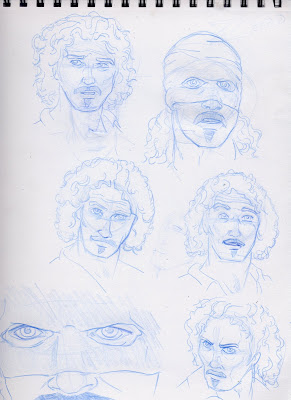 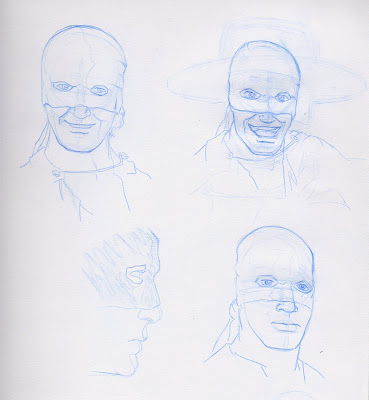 sketches from the mask of zorro before i tried my own version. i didnt actually use them for reference in the end but they were fun to draw anyway. i like the first set
3 comments: 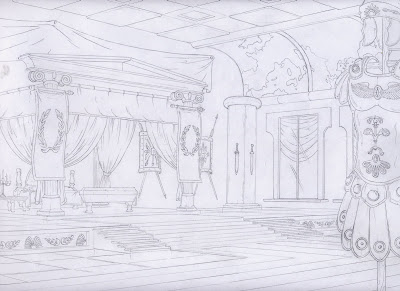 Its not bad; not everything is perfectly accurate, in adding detailed ornaments to the armor I missed the muscle design the roman cuirass usually had, the pillar could have a little more... with only the gladius it looks kind of bare. If I knew how I would have tried to render the carpet so that is stands out a bit from the marble but i suppose that could be left to the colorer haha.
1 comment: