Dam! Ive been trying to post at least once a week, but last week, I lost it.... Ill have to try for an extra entry instead 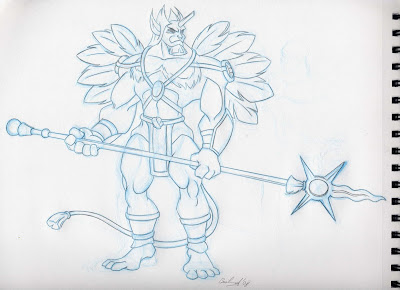 Heres the latest, I just finished FFX (i know im really late) and had to draw my favorite character. Its a good game, but sometimes having fun building this guy up was the only thing that got me through. All I have to say is I hope someone slapped tidus' voice actor.

Also, I may try out my colouring skillz, or lack there of, on this guy. little sneak peak.
3 comments:

This time its a kind of bird-human thing, the main idea being it can fly. Now, in my friends book these creatures have the natural ability to levitate, but i realized, that only means up and down. So....these guys can go up and down, and the wings help them do everything else in between. 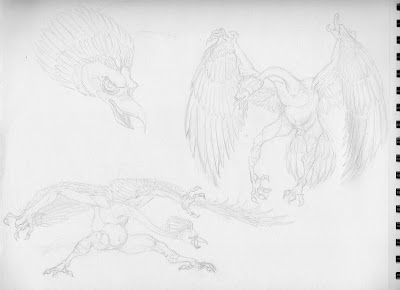 this is the first thing the popped into my head when my buddy first told me about these guys. dont know why, but im liking the long necked thing. I imagine them as a fair amount taller then other creatures, a nice towering enemy to diversify the lineup. 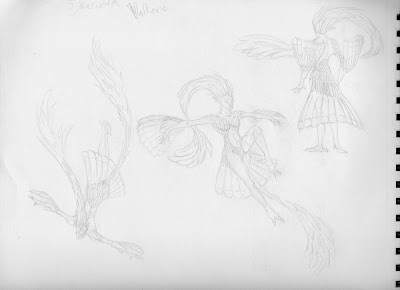 'Valkyrie' generally sounds kinda elegant, which normally equals women. the idea behind the elbow feathers is that they swivel back and forth for gliding and then for convenience. 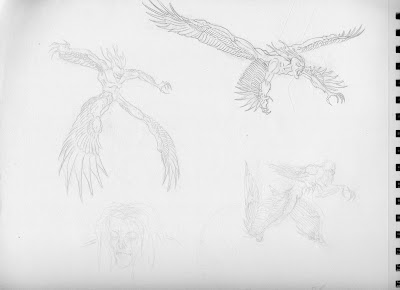 My personal favorite. Its not really a monster until its creepy and vile. Also I think i can say that top left pic is the first time im pleased with a feather/wing drawing Ive done. yay for me.
2 comments:

More character concepts. A good friend of mine invented a crazy idea for a fantasy story, and after telling me about it, let me in on it. Hopefully this may one day become a animated series. I think its got nice potential. 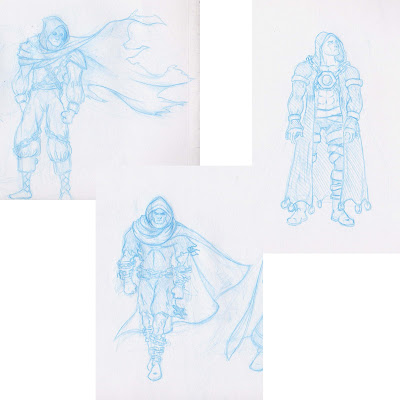 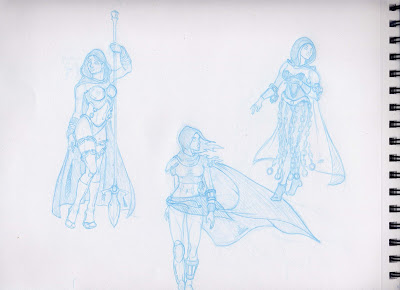 Quick summary: When a person dies, besides being collected by heaven or hell, their soul can be stolen by a reaper and then turned into a fellow reaper to then harvest more souls. the story follows the life of a talented reaper as he tries to find his friend's lost soul, survive the dangers of the dimensions and please the reaper Queen.
1 comment:

Every Tuesday night, a bunch of us from school get together and draw. Good way of making the ideas flow. Heres what came out of last week: 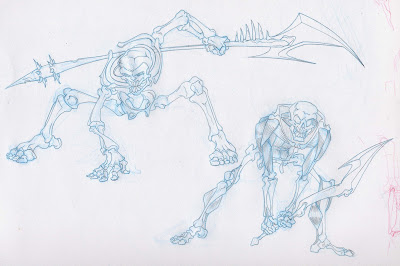 I was gonna add muscles on the second one too, but i liked the bones the way they were 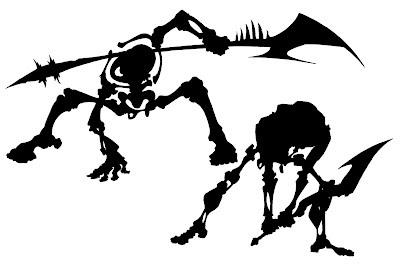