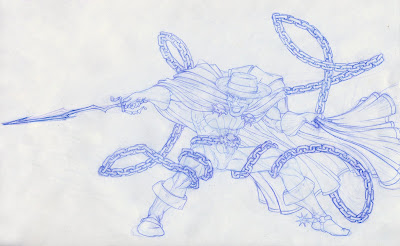 for those unfamiliar with the spawn comic storyline; heaven and hell collect souls and turn them into warriors. Hell sends its best souls back to Earth to train before leading the armies of Hell. Hell has collected souls from various time periods throughout history and almost every Hellspawn has been killed by angels before their training was completed. (medieval spawn, samurai spawn, gunslinger spawn etc.)

This is my version of what could be a warrior hell collected from 19th century spanish California: Zorro Spawn! 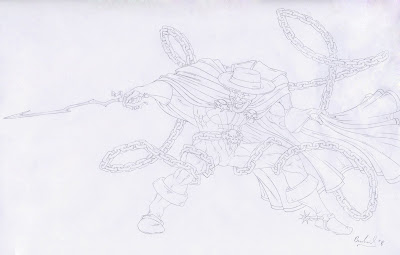 also classmates of mine will be collaborating with me on this drawing in order to add ink, color and background to this guy.

Hey man! This is looking cool! Can't wait to see the final version with the BG!