Alright so, just some stuff to fill the space till I have something to really show...

Couple weeks ago I started my first gig in the animation industry as an effects animator. So far, pretty sweet. Work is done digitally on cintiqs, theres alot of knowledge and experience around along with a very cool dynamic going on. Really lucky to be there.
And this is a short video of the test I did to get the job. The box and bucket were given and I drew the rest. I had ~5 hrs to pull it off and it was the first time I was approaching almost all of those elements so Im happy it turned out like it did.

a later tightened up version 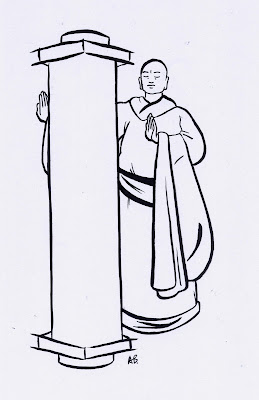 One of the first tattoo designs Ive done. A friend wanted the chinese symbols he already had on his arm framed by a monk who looked to be guarding them. Did it in brush pen, which was kinda tough. 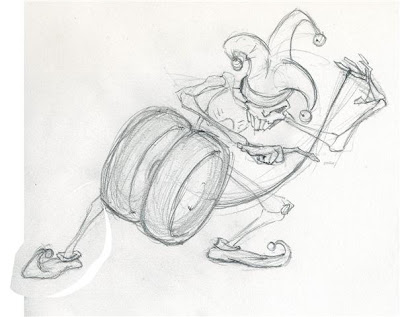 Another up and coming tattoo. Another buddy of mine is into yo-yos. thought this would be cool.

lol Adrian.. You know how I feel about fillers.
Good job btw

And you know how i feel about filler...Not gonna be a pro gamer doing extra work...

Nice Post!
I would like to know more about your blog. You may also visit my blog and tell me what you think.

Very cool design. I was googling yoyo tattoos, the jester came up. Very nice!
If you're still drawing tattoo ideas, I'd love to commission a drawing for an idea I'm kicking around.